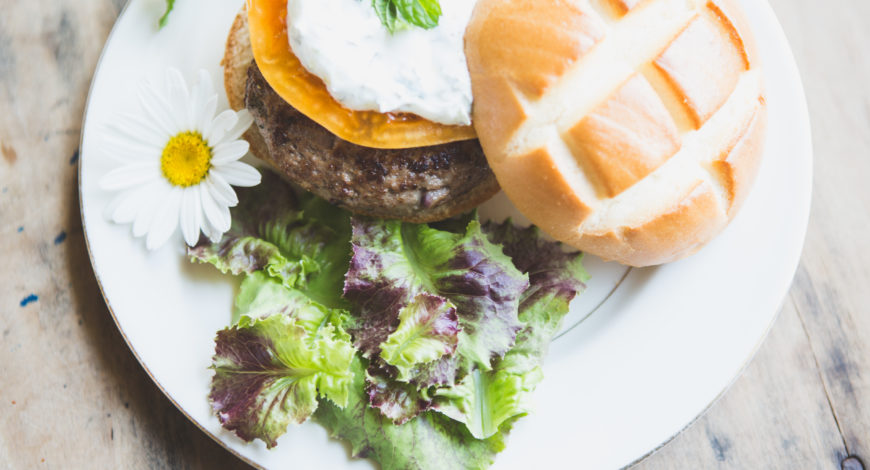 One week after 9/11, I boarded a plane for London to pursue a post-graduate degree. It was a strange time to be living abroad. I left my own country when U.S. Patriotism was at its peak, and was quickly surprised by the unpopularity of the US everywhere else. I had to explain multiple times that as a Kentuckian, I was not responsible for the election of Governor Schwarzenegger; that no, KFC was not the state’s official dish; and no, all Americans were not gun owners. It was a hard balance to strike – wanting to explore and learn about another culture, while constantly feeling I had to defend my own.

As a visitor, I realized I also had many deeply held stereotypes of my own. I learned the English were in fact less prudish, not more so, than Americans (page 3 girls were a shock for this Bible Belt girl). The English had more than the two accents I’d seen in films (i.e. Cockney or Jane Austen proper). I spent the first 6 months wishing I had subtitles for the Scouse, Brummies, and Geordies. Perhaps most importantly, I learned that English food was sometimes actually really, really, really good.

Sunday Roast was a delight, a comfort, and a weekly staple. Curries were the best I’d ever had (ok, not a huge surprise, I grew up in Kentucky in the 80’s). And surprisingly, people ate lamb all the time. For my family, lamb was reserved for special occasions, and even then, it was an afterthought. As in “hey, we’ve had ham for 6 years straight at Easter, maybe let’s try lamb this year.” Even though I liked lamb, I could count on one hand the times I’d eaten it. But in England, Lamb is offered at the local pub alongside beef and chicken at Sunday lunch. Halal lamb was easy to find in open-air markets. And lucky for me, I learned the beauty of a lamb burger when I ran across a recipe in an English Supermarket chain.

Today, it’s trendy to cook lamb with seasonings reflecting England’s international influences. But my tough as nails, 4 foot eleven English mother-in-law says it’s still best served with mint sauce; a combination of mint and vinegar she can whip up blindfolded. This recipe brings that classic combination into burger form. It’s a perfect addition to your grilled beef and chicken at a summer cookout. 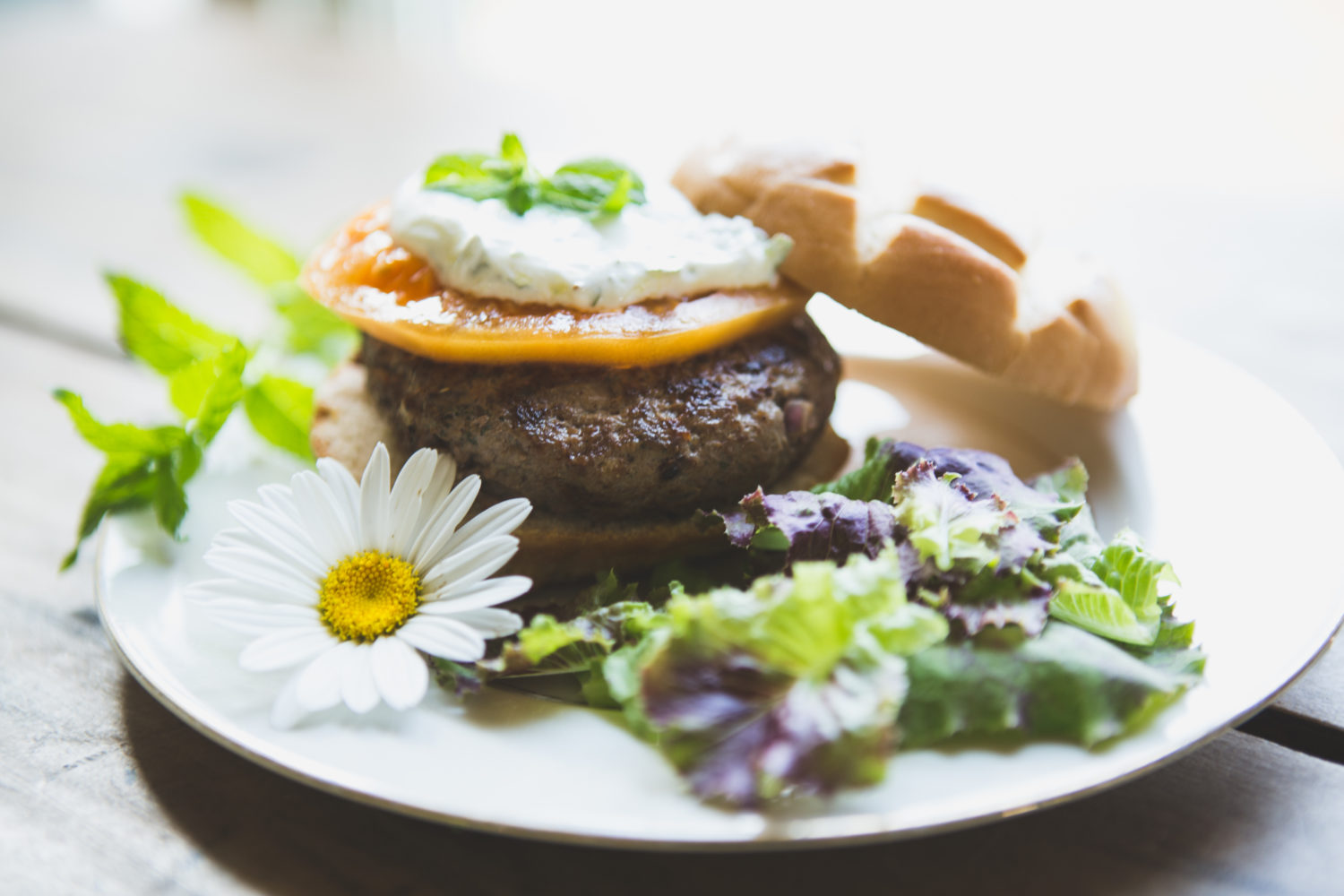 Directions: In a bowl, combine ground lamb, garlic pulp, red onion, sea salt and pepper. Take the dried mint and rub it between your hands over the burger mixture. Agitating dried herbs by rubbing them releases the flavor and aroma. Add vinegar and stir once more to absorb mint. Form into 4 patties with seasonings evenly distributed. Grill 3-4 minutes each side for medium rare, or longer to desired doneness.

Serve the burgers with one generous spoonful of yogurt mint sauce. Cucumber slices, heirloom tomato slices and red onion are great additions for a perfect burger.

Serve with a bun, seasonal salad, and a beer with a citrus note.

Maggie is a 4th generation steward of Foxhollow Farm. She is passionate about supporting farmers and providing our local and broader community with 100% Grassfed Beef and inviting folks out to Foxhollow to experience a working farm. She is a co-host of The Farmer and The Foodie and strives to encourage folks to enjoy food around a table with friends and family. During the growing season, you’ll find her out in the pumpkin patch or kitchen garden; learning with the partner growers at Foxhollow Farm. Maggie is a graduate of the Walker College of Business at Appalachian State University and serves as a board member for Dare to Care Food Bank.
German Red Garlic
Red Noodle Beans with Sesame Seeds