A delicious and comforting twist on steak and potatoes! Recipe developed by The Farmer & The Foodie collaborator, Lindsey McClave. 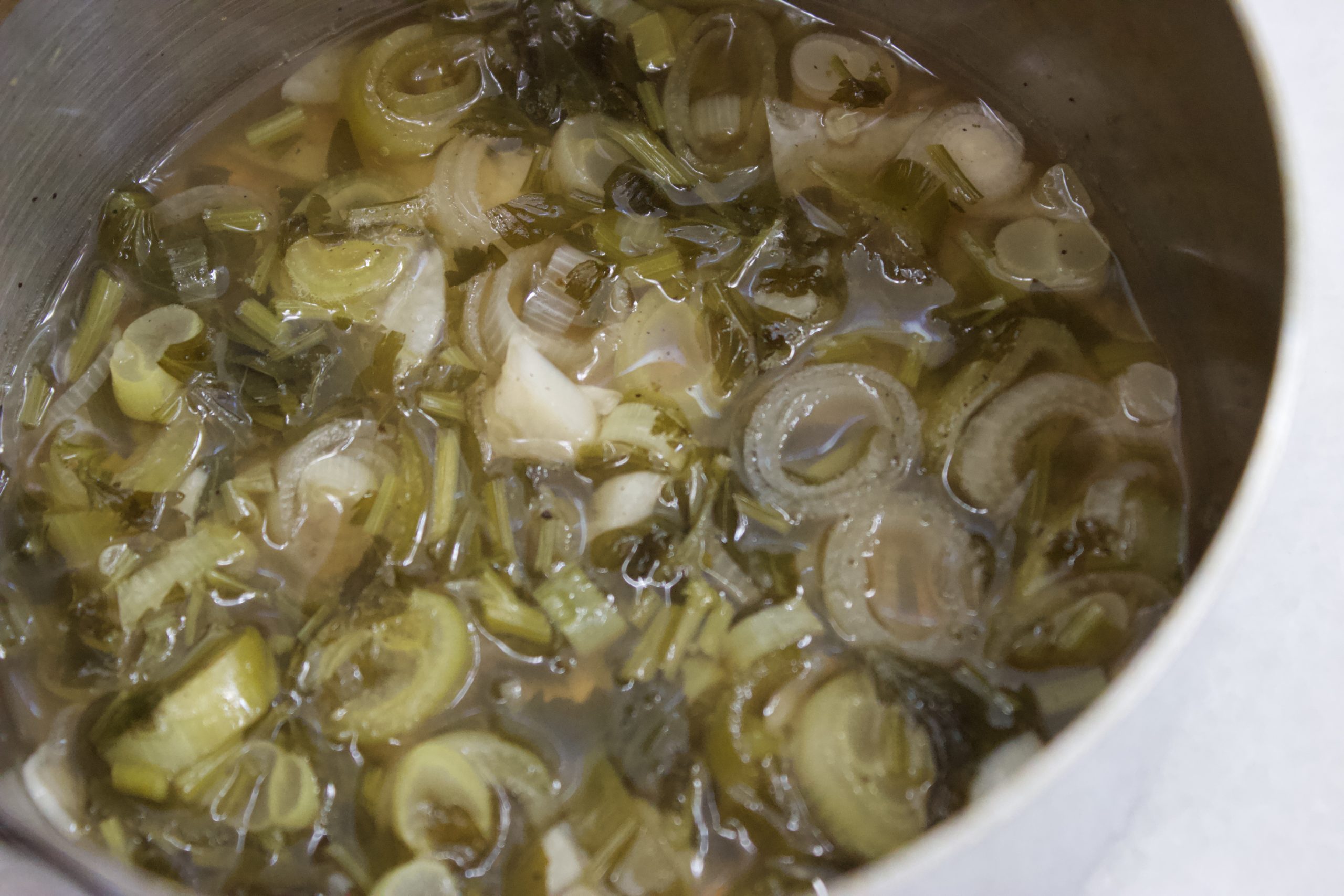 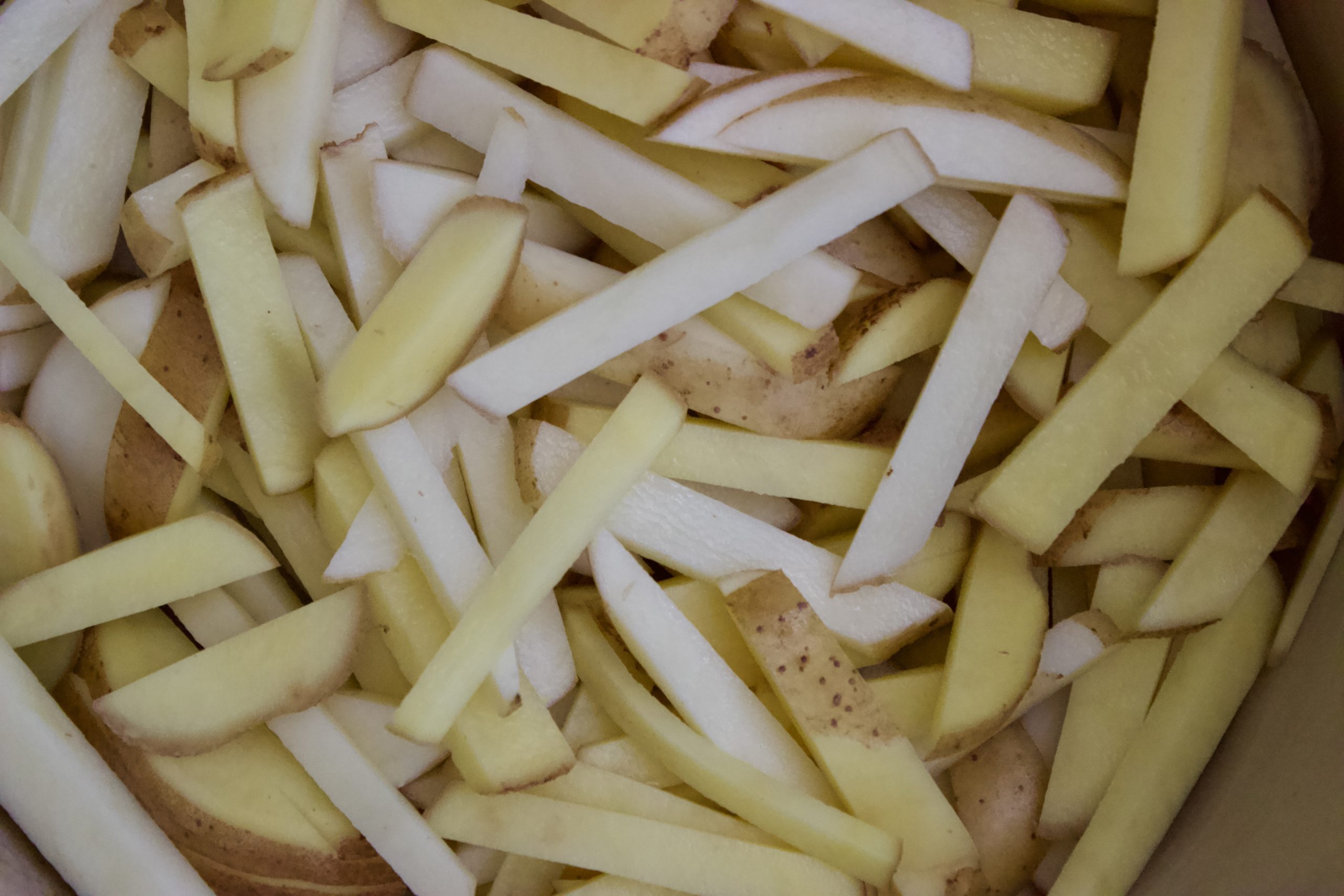 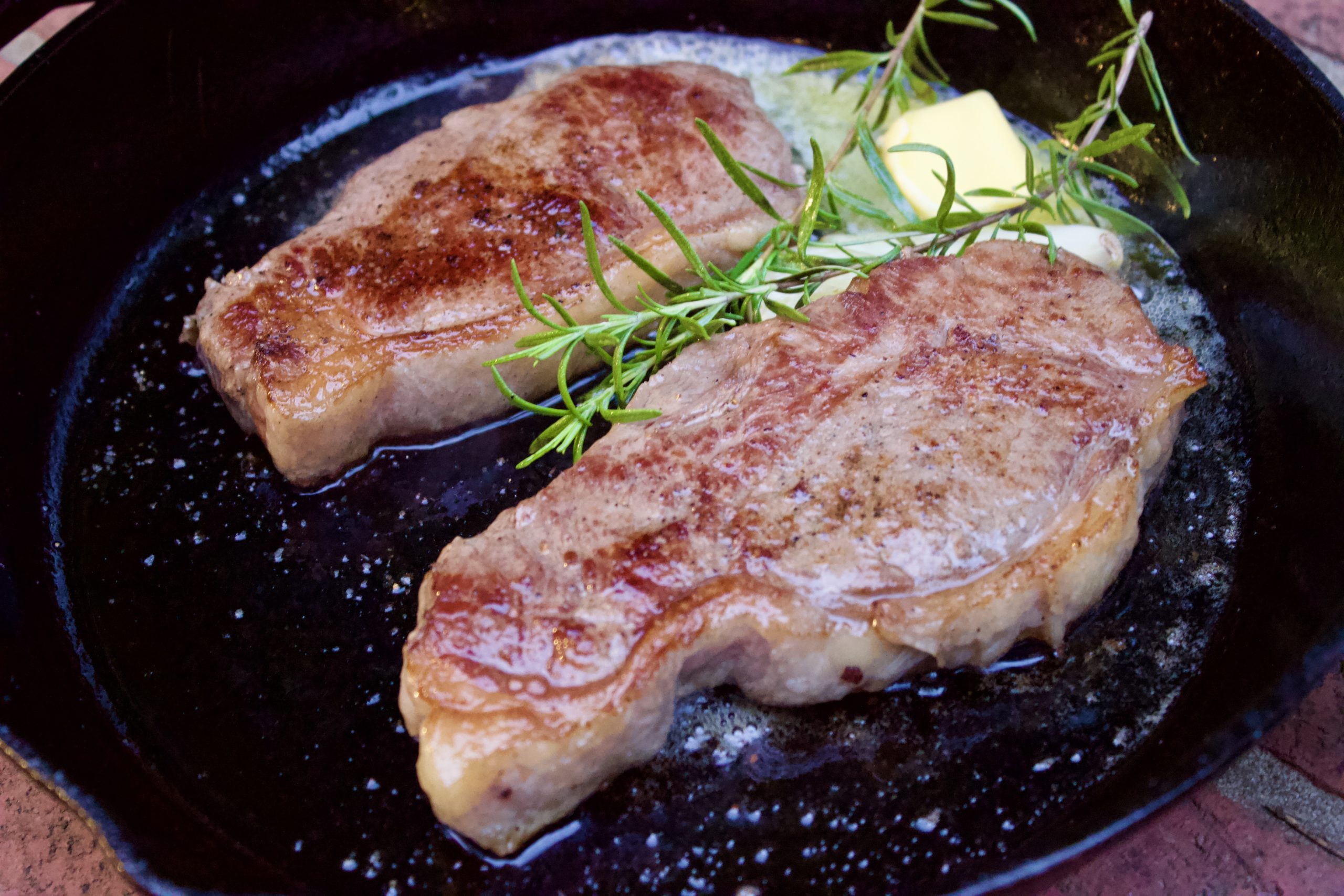 Remove the steak from the fridge 30 minutes to an hour before cooking. Pat dry & set aside.

Slice the potatoes into equal sized sticks, about ¼ inch in thickness. Place in a large, heavy bottom pot & pour peanut oil on top until just covered. Turn the heat to medium-high, bringing the oil to a boil. Do not stir, this will take approximately 5 minutes. After 5 minutes, the oil should be simmering if not boiling. Allow the potatoes to fry for 15 more minutes, undisturbed. Do not stir as that will cause potatoes to break apart. After 15 minutes, carefully stir the potatoes, making sure to gently turn those at the bottom of the pot over. Continue to cook for 5 or so minutes, stirring occasionally, until the potatoes are crispy & brown. Line a sheet pan with paper towels & use a spider strainer or slotted spoon to transfer the potatoes to the pan, allowing any excess oil to drip off back into the pot. Season immediately with a generous shower of kosher salt & serve immediately alongside steak & with bearnaise sauce for dipping.

While the frites are frying, cook the steak. Set a cast iron skillet over medium heat & add 1 tbs neutral oil. Season both sides of the steak liberally with kosher salt & pepper. Once the oil is hot but not smoking, place in the skillet. Cook over medium heat for two minutes before flipping, cooking for an additional 2 minutes on the other side. Flip again, cooking for one additional minute on each side. Give one final flip & add the smashed garlic cloves, rosemary sprigs & butter to the skillet. Carefully tip the pan toward you, causing the butter to run to the bottom & use a large spoon to then baste the steaks with the butter as it foams. Baste for up to 1 minute before removing steaks to a cutting board to rest for 10 minutes before serving with frites & garlic & herb bearnaise.

Separate stems from the herbs & roughly chop both the stems & the leaves separately. Add chopped herb stems to a small saucepan along with the wine, vinegar, garlic, & onion. Bring to a boil & then reduce heat to a simmer, allowing the wine mixture to reduce until only 2 tbs of liquid remains. Remove from the heat & strain through a fine mesh strainer into a bowl. Discard solids & place wine mixture into a jar just large enough to fit the head of a handheld immersion blender or the whisk attachment of a handheld mixer. Add the egg yolks to the wine mixture along with ¼ tsp kosher salt. Place the whisk/blender in the jar & turn on, blending at a high speed while slowly pouring the warm, melted butter into the mixture. The wine, eggs & butter should begin to emulsify & create a creamy, slightly frothy sauce. Taste & add additional salt & pepper to taste. Stir in chopped herbs and serve immediately alongside steak frites. 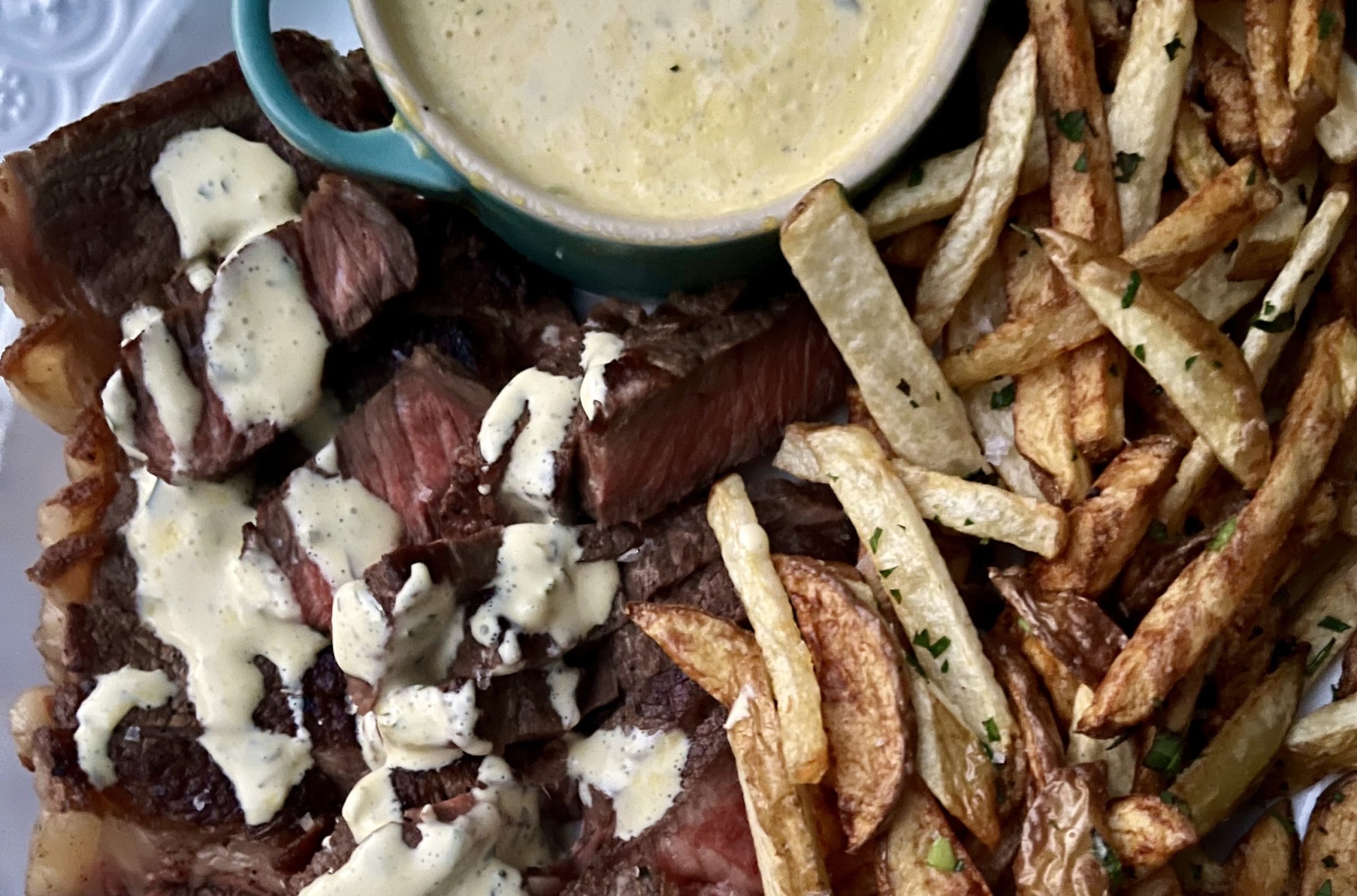 You can catch Phebe slinging beef in the Fox Shop Curbside or working hard to be sure all operations are running smoothly. She attended Bellarmine University and has a BA in Arts Administration with a minor in business. She brings a smiley face, happy presence, and passion for a healthy planet to Foxhollow Farm. In her spare time, she likes to shop local and spend time with friends and family.
Why Chicken Raised with Love Costs More
Garlic & Ginger Crusted Leg of Lamb