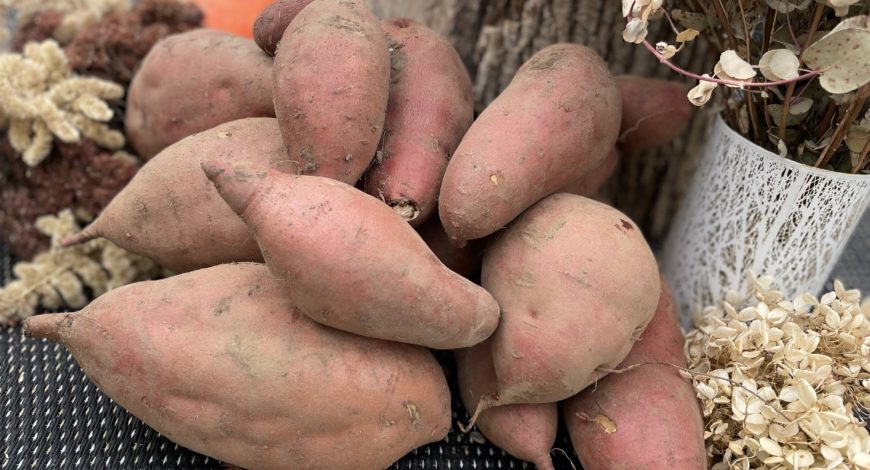 Though we are still in the middle of the fall season, the blanket of snow we woke up to this weekend suggests that perhaps winter is closer than some of us might like. As the temperature drops, I start to crave those classic comfort foods: soups, stews, roasts, a perfectly seared steak and sweet potatoes.

Drizzled with melted butter and a sprinkle of cinnamon sugar nestled up to a tender ribeye… Baked to perfection and smothered under a blanket of toasted marshmallows as every kids’ favorite companion to a Thanksgiving turkey… Diced, roasted, and tossed with rosemary and sea salt alongside a well braised roast… The humble sweet potato is the under-appreciated comfort food companion.

This month’s Seed Chronicle is dedicated to the sweet potato. Sweet potatoes are not a seed, nor are they potatoes. They’re not even tubers. And they’re technically a GMO (genetically modified organism). So why would these little oddities be featured in a series dedicated to heirloom/Non-GMO plants? Because our beloved sweet potatoes have a story that started about 8,000 years ago and has been a part of human civilization since the first human put the first plant in the first tilled plot of earth.

We primarily consume the root of a sweet potato. These roots are the result of a genetic modification by a bacterial infection that occurred in some plants nearly 8,000 years ago. These bacteria infected certain plants and inserted their own genes into the plant’s DNA. This genetic modification caused the roots of the plant to enlarge and produce edible starches. Early humans would forage for these enlarged roots to eat. With the dawn of agriculture, humans started propagating the sweet potato plants that grew these large starchy roots. As human civilizations developed, so did different strains of sweet potatoes. 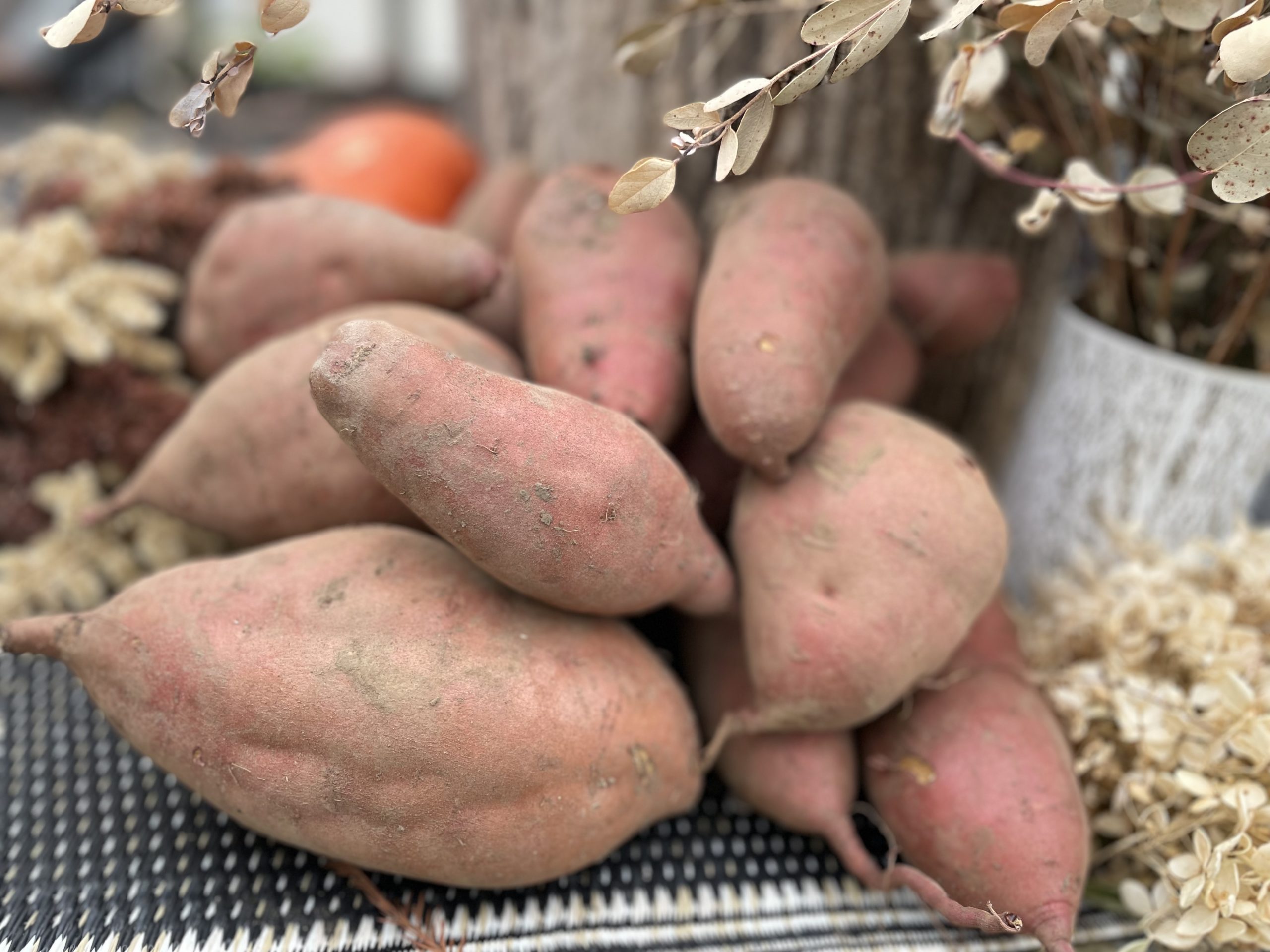 Sweet potatoes are the 7th most consumed food crop worldwide and are grown on nearly every continent- but their appearance and flavor vary widely. In North America, people have cultivated a sweeter and more orange fleshed sweet potato– in parts of Africa, the sweet potato’s flesh is white and less sweet. Regardless of where you are digging up your sweet potatoes, the common trait among the different strains is the presence of 8,000 year old bacterial DNA in these plants’ genetic makeup.

Here at Foxhollow, we grow the cultivar, “Centennial.” Centennial sports the deep orange and sweet flesh popular in so many of our favorite recipes. Our sweet potatoes were started as slips and transplanted into the raised beds here in our kitchen garden. The warm summer weather nurtured an outstanding crop of these little beauties which are available in our market.

The unassuming sweet potato has been a part of our history since our history began. This humble not-a-spud has been appreciated as a comfort food champion since the dawn of our civilization. It’s fitting that the sweet potato remains one of the most popular dishes of our celebration season.

Heather is Foxhollow's Knower-of-Things and Garden Goddess! Heather is a former educator who loves developing ways to teach the community about biodynamic farming and gardening. When she’s not organizing community events or working in the gardens here at Foxhollow, she’s probably in her own garden, hiking and camping with her family, or lost in a book. Heather is a graduate of the University of New England and has a Master’s Degree in Education from Vanderbilt University. She has dedicated her career to broadening others’ views of the world. Whether leading book talks or teaching people the importance of sustainable farming practices– Heather is always eager to share her knowledge with others and is passionate about welcoming people to the farm to experience land stewardship in action. She grew up working on her family’s traditional beef farm in Finchville, KY and learned how to tend the garden under the gentle tutelage of her grandfather on his farm in Campbellsburg, KY.
Beef & Pumpkin Lasagna
Why Chicken Raised with Love Costs More